Fantasy tattoos are a popular tattoo for individuals with a creative personality. In general, it can be a symbolism of optimism, dreams, and hope. However, the tattoo symbolism is deeply rooted to a personal connection with the character; and even the choice of character. Dragons and fairies are some of the most popular fantasy tattoo designs, but they are hardly chosen just to look cool. A quality tattoo always means something.

The characteristics of a dragon tattoo will represent the symbolism. Dragons are often perceived to be powerful and fierce warriors. A dragon tattoo can symbolize defense, protection, or courage. Some dragons are seen as demon-like, and may symbolize power and strength, or a free and fearless personality.

Fairies, or Faeries, are a popular tattoo with both sexes. Men prefer female fantasy characters such as fairies and mermaids that are seductive, while females choose fairy tattoos for a more symbolic nature. Some believe the myth that a fairy brings good luck and wealth. Others choose fairies as a symbol of innocence, childhood, and youth. The characteristics of the fairy tattoo itself will better define the symbolism being expressed. Some fairies are cunning, sly, and fierce in nature, while others are seductive and powerful, and some may even be peaceful and calm.

Further symbolism for fairy tattoos is often expressed in the fairy wings, which are commonly butterfly wings or dragonfly wings. To learn more about dragonfly or butterfly symbolism, click here to read about animal tattoo symbolism.

This mythological bird of fire is an attractive tattoo with different meanings. The most common symbolism behind a phoenix tattoo include messages of death and rebirth, change, progress, and mystery. It may also mean grace, virtue, and protection.

Other Fantasy Tattoos & Their Meanings

Wizard tattoos carry a message of magic, power, and mystery. The characteristics of the wizard better define what the tattoo itself represents. Some wizards can be dark and fierce, close in nature to the symbolism of a powerful dragon. Others can be kind, almost like Merlin. Some believe that a wizard tattoo can bring good luck and ward off evil.

Mermaids are a popular fantasy tattoo for sailors or those who make a living working on oceans or rivers. They are also popular for those who enjoy swimming. Generic symbolism for mermaids include seductiveness and the mystery, beauty, power, and femininity of women.

Unicorns are the rarest and most magical fantasy character, known for their evasive personalities. Unicorns are unique, mystical, peaceful, and serene animals. Some unicorn tattoos show a cross between a unicorn and a Pegasus (winged horse).  At its core, the symbolism of a unicorn tattoo is a message of innocence, purity of heart, kindness, healing, perfection, and peace. 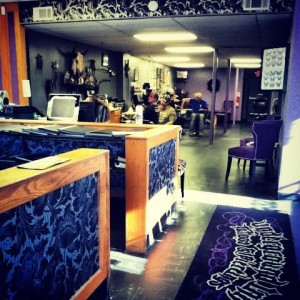